In testing HoloFuel, we found one more Holochain conductor/sim2h consistency bug. It’s fixed in the newest Holonix release, which is already blessed. You can get via the quick install procedure.

HoloFuel is going through a round of spit-and-polish to get it ready for wide release. We’re already testing it along with the Core Community and Pre-Release testers.

I hear DevCamp 7 is going absolutely great. As mentioned in a previous Dev Pulse, it’s being facilitated by a new set of community instructors, which excites me because that means the community is growing!

Connor Turland, Holo alumni and hApp developer, has published a blog article on packaging and distributing your hApp. Along with the team at Harris-Braun Enterprises, he’s also published an update to the Acorn collaborative planning hApp.

Lastly, I want to draw your attention to Llavors Mútues, the seed of a working group dedicated to creating mutual credit building blocks for Holochain apps. Every use case will require a slightly different set of patterns, so I encourage you to get involved with this group and help build these patterns in code!

We’ve released a new version of Holochain, which is available in the most recent blessed release of Holonix, the Holochain developer tools. This is a recommended upgrade, because it fixes a newly discovered consistency bug.

So what’s a consistency bug anyway?

I’ve talked a lot about consistency bugs or ‘holding list discrepancies’ in the last few Dev Pulses, so I thought I ought to explain what they are.

Late last year we introduced the sim2h switchboard server. This temporary server is meant to ease our transition to full P2P, tackling two issues at once: first, P2P networking is full of hard problems, so it’d be nice to transition to full P2P piece-by-piece as we address those problems; and second, it gives us a centralised place to monitor and network traffic so we can get a good sense of how data is moving around in a real system. (Obviously this doesn’t line up with our vision of empowering people to collaborate over unenclosable carriers, so it’s not going to live forever.)

So what does sim2h do? It’s responsible for knowing who holds what piece of data, so it can push new data to nodes that ought to be authorities for that data. But if any node’s conductor service disagrees with the sim2h server about what it’s holding, that can create confusion. We’ve seen sim2h repeatedly try to push data to the conductor even after the conductor claims it’s holding it, among other things.

That’s the category I’m talking about when I mention consistency bugs or holding list discrepancies.

HoloFuel progress update: bugfix release out to testers this week

Hot on the heels of HoloFuel’s last pre-release, we’re releasing an update to the HoloPort software to our early testers by the end of this week. In addition to the Holochain bugfix mentioned above, which caused a validation loop and high CPU usage when a participant tried to update their username, there are a lot of UX improvements in response to our first round of testing. We’re super grateful to all those who have volunteered to be Core Community and Pre-Release Testers—you’ve put in a lot of work, and your positive feedback has been a marvellous encouragement to us!

If all goes well, we intend to release a working admin login and HoloFuel app to all HoloPort owners once this round of testing is done. This’ll be the moment you’ve been waiting for all these months—the chance to try your first working hApp on your HoloPort! I want to thank you as well for all your patience, support, and faith in us.

A look at Holochain DevCamp 7

DevCamp 7 is going really smoothly with an incredible team of volunteers running it. We've got more participants than we've had at any devcamp before, and are really excited to see how much better things like getting Holochain installed are going for everyone.

We’ve always put the bulk of our outreach energy into developer support and education. Like the venerable Steve B, we know that “developers developers developers developers” are what will make the Holochain ecosystem thrive. The DevCamps are a quadruple-scooper in this regard—not only do more devs get trained in the art of building Holochain apps, but rising community leaders are mentored by those who’ve been around for a while (which is good for both mentor and mentee).

Developers grow, relationships grow, new leadership grows, and the community grows. It’s cool to see people investing in each other like this. I also like how this network of mutual human-to-human support mirrors what Holochain-the-technology is trying to do for computer networks.

I’ve written about Acorn before—it’s a method of collaborating and planning a big goal. Our core dev team developed it when they found that the traditional cycle-based approach of Scrum didn’t work well for their geographically distributed team. They cobbled the support tooling together using cloud software, but always had a dream of creating something purpose-built.

Late last year a group Holo team members, alumni, and friends formed Harris-Braun Enterprises to build useful Holochain apps, including an app for teams using Acorn. Naturally, the app is called Acorn too. I think the UI and UX are absolutely beautiful; as soon as I opened the app I felt like I knew what I was supposed to do. It demonstrates that Holochain apps can be just normal apps (but you own your stuff).

The newest release of Acorn, v0.3.4, finally adds the ability to edit the state-of-affairs tree: you can connect goals to sub-goals, disconnect them, move them around, and reconnect them. It also uses Holochain v0.0.51 and includes a few bug fixes.

Download Acorn as an Electron app for macOS and Linux, give it a try, and join the forum conversations.

Blog post: How to package and distribute your hApp

Speaking of Harris-Braun Enterprises and hApps being normal apps... Connor Turland, a Holo alumnus and H-BE team member, has published a very practical and helpful blog post on getting your hApps into the hands of human beings. It explores the why and how, and gets into plenty of good detail about a few options, including Electron and Holoscape.

Read the post at the Holochain Open Dev blog!

If you’ve been following Holochain or the Metacurrency Project for a while, you won’t be surprised to learn that we think that mutual credit is the bee’s knees. It’s sort of like massively multiplayer double-entry accounting (which is way more exciting than it sounds) but the real power is in what it enables:

Currencies that ‘breathe’ with the economy, respecting the natural limits of the earth and the sovereignty of each human.

Interest-free, risk-distributing credit for every human, underwritten by their capacity to create value.

Local money that’s governed by the people who drive your town’s economy—in other words, you and your neighbours.

Now, none of this happens by default the moment you create a mutual credit currency. It requires careful design and participants who are motivated to make positive changes. But I’d say that the alternative—the global debt-driven capitalist economy—actively works against all the above visions.

With that said, it’s probably not surprising that mutual credit is one of Holochain’s reasons for being. So naturally the dev community is already banding together to create a mutual credit working group. Llavors Mútues is creating libraries and UIs that you can use in your own apps. They’re inviting you to collaborate with them:

How can you help?

So far they’ve built a proof-of-concept private transactor and UI, and are testing them with the community along with an invite-only membrane that demonstrates the Lobby pattern.

They’ll need to build out patterns for various needs: private or publicly auditable transactions, open or selective membership, credit limits and clearing requirements, always-connected vs partition-tolerant scenarios, and of course the UI and UX that go along with them.

I’d love to see the community rallying around this initiative and pooling their energy into it. There’s already a lot of momentum—check out this forum thread and join the discussion! 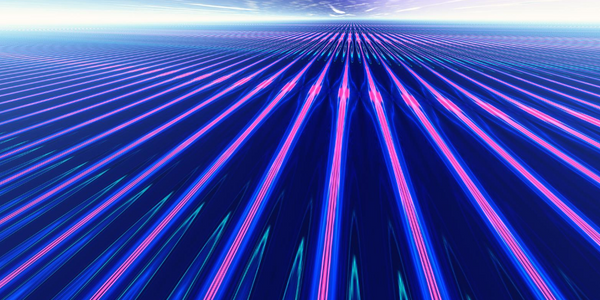 A New Type of Cryptocurrency, As Old As Civilisation