With the expected date of Holochain’s first-ever beta release this week, I thought it’d be good to go into the sequence of events that are coming before and after that moment. If you’re a developer who’s been waiting for stability before you jump into developing hApps, or if you’ve got an existing codebase and have put it on pause, this will tell you when you can jump back in.

Keep in mind that this is our best estimate of timelines; things may roll out slightly differently depending on what we encounter. In a project like this, there’s a big difference between “we’ve made a release” and “our whole ecosystem of dev tools is ready for you to use”. So there’ll be a bit of time after the release date as we update all the dependencies.

After that, I’ll share some release notes for updates that’ve happened since last Dev Pulse. Note that these are still just release candidates, so they’ll only be relevant if you’ve been keeping up with them in order to help us hunt for bugs and missing features in the leadup to beta.

And lastly, we've got another developer course coming up! If you wanted to attend the first one but couldn't, now's your chance — it's all online and happening in March.

Because Holochain is a full development stack for P2P apps, dev tools are important. And with every change in the core runtime and its APIs, all those tools have to be updated and re-released. We learned a lot of valuable stuff about what this means after our first release candidate in December — it was the first time we tried to update all the components in sync with each other. It became a dress rehearsal for 0.1.0-beta, and we feel well prepared now.

Last week we released Holochain 0.1.0-beta-rc.3 and rc.4. We intend for rc.4 to be the final one before beta, which should happen later in the week — 26 January is the date we’re aiming for.

‘Beta release’ means simply that there will be an 0.1.0 release tag on GitHub (note the absence of -beta), along with downloadable source code so you can compile your own binaries.

After that, devs will be able to update all the things that depend on it — specifically developer and user tooling. We’re anticipating that this will take a couple weeks, which should mean that everything will be ready to use by 9 February.

Here’s a roughly sequential list of everything that needs to happen for a ‘minimum usable release’:

This is mostly a bugfix release, with one breaking change requested by hApp developers.

In addition to some new and clarified content in the documentation (#1778, #1765, #1767), there are a few bugfixes and some low-level WASM, host interface, and bundling format changes that will require rebuilding your hApp but probably won’t require you to modify your code.

Read the full changelogs for the last two releases.

The changes in this version are all to keep compatibility with the rc.4 release of Holochain.

Along with an update to the JavaScript client, this release brings:

Tryorama hasn’t yet been updated to support the breaking changes in Holochain 0.1.0-beta-rc.4.

A lot of people have asked us when there’ll be another dev training course, and specifically when there’ll be an online one. Well, we now have an answer for you: in March! It’ll be a six-day course spread out over two (long) weekends, and will have the same all-day intensive format as the in-person course last July.

This course won’t cover Rust, so it’ll be the best fit if you’re already familiar with Rust and are ready to jump right into Holochain. If you want to learn Rust so you can attend, the Rust website has three great getting-started resources.

Having attended the course in July (mostly to take photos and cook soup), I can say that the instructors have created a really effective course. Their goal is to leave nobody behind, and the lead facilitator Marcus has developed a unique course format over the last decade to do exactly that. He co-founded and led the famous Hack Reactor boot camp, which enjoys a remarkable amount of success equipping devs to be ready to build real software. Marcus and his co-facilitators are really excited to be adapting this format for teaching Holochain.

Learn more about the course on our website and apply here.

Dev Tools on the Way 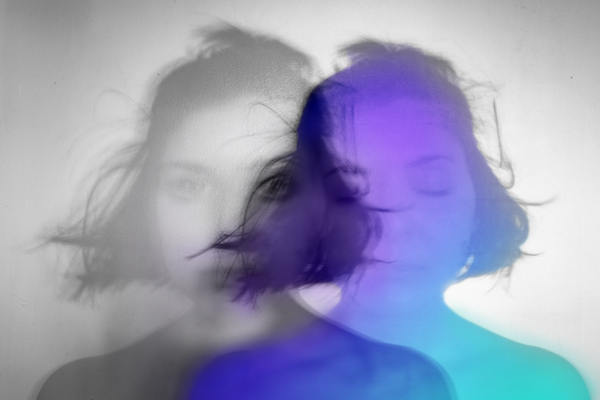 What is Digital Identity?

The Complexity of Identity