Various people in the Holochain ecosystem are getting ready for DWeb Camp, a gathering of distributed web builders and supporters in California, USA. It’s happening next week!

The Holochain team is ironing out some bugs in Holochain, making sure all the infrastructure is working, and making final calls on which demo hApps we’ll bring with us to show off. The hREA team is getting excited about weaving peer-to-peer, multi-resource accounting principles into the DWeb story. Bear, our director of ecosystem growth, is volunteering as a space steward at the the People-2-People Tent with Anna Lenakova from Fluence Labs. Members of projects like Kizuna, Acorn, Flux, Neighbourhoods, Clutter, Core Network, Trust Graph, and Perspect3vism will be there, along with Holo team members and friends from around the community like Marcus and Guillem, who led last month’s Holochain & Rust Developer Immersive. And we’ll also be joined by Paul Krafel, an ecosystem restorer and elementary school teacher who wrote a book that has nothing to do with computers but has been highly influential to many people in Holochain-land.

If you’re going, we’re so looking forward to meeting you. It shouldn’t be hard to find us; we’ll be everywhere. And the whole DWeb community is wonderfully welcoming, thoughtful, caring, and interesting. You’ll have so many great conversations at breakfast, in the river, in the forest, and between events.

If you’re not going, you may be wondering why I’m sharing all these details. Well, it’s because I’m excited about how the Holochain ecosystem has grown since the last DWeb Camp in 2019. Back then, there were just a few staff members and hard-core supporters sharing about a DWeb toolkit that barely even existed yet. Now, a pretty significant group of us are heading there with: a working framework, a P2P hosting network, a bunch of working apps, and a pretty awesome community to share, explore, and build with the others in the DWeb world.

That said, we’re not thinking of this as a place to ‘sell Holochain’. Even if we wanted to, nobody would listen — DWeb Camp is not that kind of crowd. And that’s part of the reason we like it so much. Instead, we’re going there to learn, to listen, to share what we’re working on, and to build mutually supportive relationships. On this theme, I’m particularly interested in one event, an attempt to map the projects that make up the DWeb and look for opportunities for interoperability. This was a vision I carried with me to the last DWeb Camp, and I’m hoping to see more conversations about building bridges between networks.

And now it’s time for some Holochain release notes!

The big news in this release is the `update_coordinators` admin API endpoint, which lets you replace the coordinator zomes in a DNA without forking the user into a new DNA space. As you may remember, this is made possible by the recent integrity/coordinator zome split in Holochain 0.0.144. (#1494). This is a huge improvement for app maintainability, allowing you to keep your core data model consistent while adding features and fixing bugs in your hApp’s business logic.

The Holochain conductor has a `--build-info` argument which tells you which HDK versions it’s compatible with. Now it will also tell you the HDI versions. (#1511) Known bug: Although this feature worked, it was preventing automated builds, so it was removed in Holochain 0.0.154.

The `hc sandbox` command, which lets you spin up throwaway conductor configurations, has been upgraded to use the new Lair 0.2.0 API. This means that all generated sandbox configuration files are now incompatible and will need to be regenerated. See the changelog for instructions. (#1515)

As mentioned, the addition of HDI versions to `holochain --build-info` caused build automation problems, so it’s been removed. (#1521) But don’t worry; it’ll be re-added in Holochain 0.0.155.

This is an out-of-schedule release which fixes a bug that was discovered in a recently introduced execution-limiting feature. This feature is meant to prevent DNAs from consuming too much resources (think infinite loops and the like). It works by terminating a zome call (including validation and other callbacks) after a certain number of WASM VM operations, currently set at 10 billion. However, the counter was accruing at the cell level, not the function call level, so cells would become inoperable after a certain amount of work, regardless of how much work was done in a given call. This is now fixed. (#1514)

This version adds support for three more Holochain versions, including one legacy version:

Here’s something I hadn’t previously reported on: The bundled version of DevHub only supports DNA manifests that target Holochain 0.0.143 (HDK 0.0.136) and older. That’s because the integrity/coordinator split in Holochain introduced changes in the DNA manifest file. A future version of Launcher will include an updated DevHub that supports hApps built with Holochain 0.0.144 (HDK 0.0.137 / HDI 0.0.9) and newer.

Get the release here.

Holochain In Action: Lots of action

I have two Holochain in Action videos for you! The first, published on 3rd August, unpacks the entertaining Burner Chat hApp developed by Matthias M, Łukasz G, and Thomas S at the Developer Immersive last month. In it, you’ll get a chance to see how they used a combination of the DHT for peer discovery and signals which bypass the DHT to create disappearing messages and a real-time experience.

The second, published on 17th August, takes a look at We, a system created by Lightning Rod Labs for building collaborative spaces. You can read more about the purpose behind We in this blog post by Eric Harris-Braun.

See you in a couple weeks!

Well, I’m off to DWeb Camp; I’ll write more when I get back. Many hApps and developer tools are being created and polished, and I want to start showcasing more of them. And I’ll be sure to bring plenty of photos and videos back from DWeb Camp to share with you! 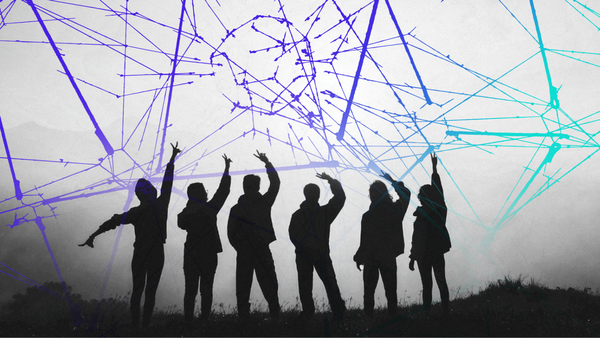 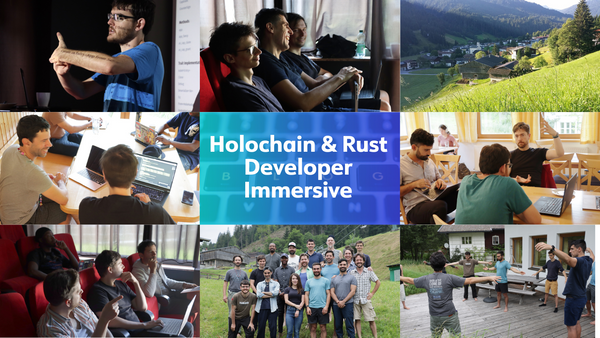