Non-fungible tokens, or NFTs, have suddenly become rather popular. I don’t exactly know why now is their time — maybe it’s because celebrities are beginning to sell them, or maybe it’s because recent price increases of BTC and ETH have given hodlers a lot of new money to play with. Whatever the cause, the world is taking notice. And not just the crypto world — traditional auction house Christie’s recently sold an NFT for $69 million USD.

What is an NFT?

If you don’t know what an NFT is, it’s a record that tracks ownership of some special digital object, from its creation to its current owner. This record lives on a blockchain or other distributed ledger. The object, on the other hand, lives somewhere else, usually a traditional web server or decentralised file storage system. It might be a piece of digital art, an algorithmically generated cat, an item of digital clothing for your favourite virtual world, or (my favourite, on account of its subtle-yet-undeniable comment on the nature of crypto-trading) a tulip. That can fight other tulips.

The important thing to know is that, unlike normal ‘fungible’ crypto-tokens such as ETH, each NFT represents ownership of something special, unique, one-of-a-kind.

There’s a funny thing about that one-of-a-kind something. Because it’s a digital object, it can be cheaply copied and shared a zillion times, and there’s not much the owner can do about it.

But surprisingly, that’s what makes it so valuable.

What’s really interesting about an NFT?

If you buy a painting from a famous artist, you can do a few things with it. You can stick it in a vault where nobody can damage (or enjoy) it. Or you can put it in your living room to impress all your dinner party guests with. (As long as they’re in your bubble or you’ve all gotten vaccinated already.)

Or you can put it up in a public place where everyone can enjoy it. Something unexpected is about to happen now: the more people get to see it, the more famous it becomes, which makes it even more valuable. Think about Da Vinci’s Mona Lisa; it’s estimated to be worth $1 billion, and the fact that anybody can print up a copy for their living room hasn’t hurt its value one bit. But the distinction of owning the original — now that’s something special, something that people might be willing to drop a billion on.

Digital art is even easier to copy than the Mona Lisa. So far this has been seen as a threat; music, film, and software companies have fought hard against piracy. That’s because their business models have centred around restricting who can access the things they produce, then charging for access. At the beginning of the internet age, this suddenly became nearly impossible to enforce.

What if we could do for digital art what art galleries did for physical art? What if we decoupled ownership from possession in a way that safely ensured that creators could make a respectable living? What if digital art became more valuable the more freely it was copied and enjoyed? And while we’re at it, could digital tech be used to eliminate (or reduce) the middlemen and let more of the revenue reach the people who do the work to inspire, challenge, and delight us?

According to the website cryptomedia.wtf, this is exactly the sort of opportunity that NFTs hold. Reading this manifesto, I do really wonder if they might just upend the revenue strategy of content producers, allowing them to let go of artificial scarcity and profit from abundance. Could this be an example of a bridge from the extractive economics of the past into a cooperative economics that many of us are hoping for?

In order to do NFTs, we need some sort of registry that records the creation of art pieces, along with subsequent ownership transfers, so people can’t try to sell things they didn’t own. It’d be nice if this registry were publicly auditable — oh, and tamper-resistant, which implies that it shouldn’t be controlled by any particular organisation. And since it’s a piece of software, maybe it could automate ownership transfers and payments too. You can probably see now why blockchain technology is such a good match for NFTs.

Could we do NFTs on Holochain?

We talked to a couple of Holochain’s core devs about this, and while they came up with different designs, they all agreed that it wouldn’t be hard to do. You only need one simple rule, a ‘pass-the-ball’ rule, where you only get to pass the NFT to someone else if someone passed it to you (or you created it in the first place). They described this rule as ‘transitive’ — as long as it’s applied to every ball-passing event, it’s guaranteed to be correct all the way back to the object’s creation event.

Some people think you have to add some additional consensus to manage scarcity of NFTs, but in Holochain, every element on every user’s chain is already guaranteed to be unique, and you don’t get scarcer than that. You just need to track the history of who the unique thing has been transferred to.

I find all this easy to understand, because Holochain is modelled on the idea of person-to-person interactions — and we all understand how those work. Holochain adds some extra magic to prevent cheating. I won’t go into much detail, except to say two things:

Why Holochain instead of blockchain?

Put together, all of these things could mean greater adoption for NFTs — as well as massive new opportunities unlocked by the efficiency, cheapness, and versatility of a future Holochain-based NFT platform. 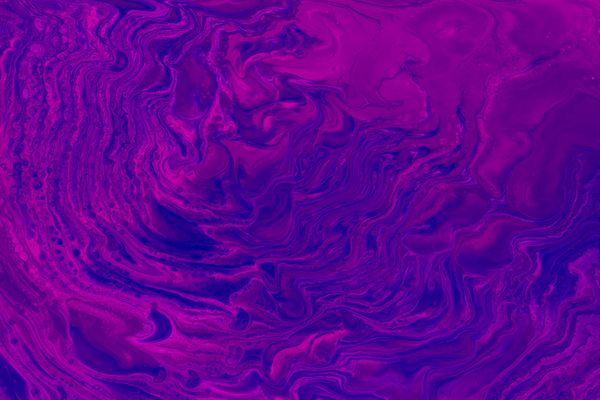 Elemental Chat Gets Freshened Up

Holochain Blog
—
NFTs on Holochain? Easy as passing the ball
Share this