Neighbourhoods is an answer to the question “who controls my social feed in web3?”

Their social sensemaking tools allow groups to customize how reactions such as likes, upvotes, and content moderation flags are weighted and used to control the display of users’ feeds or other contexts like the front page of a site — whether its filled with posts, songs, poll proposals, or any other digital resource appropriate to that group. Rather than a blackboxed algorithm and corporate content moderators, communities get to set their own rules, fit to purpose. By customizing generic tools to their specific culture, a community can develop their own unique social space (or neighboorhood). Neighbourhoods is also developing methods to transfer data and reputation between communities, helping them translate meaning between cultures.

Neighbourhoods at a glance

Description: Neighbourhoods is creating a tool kit for developing groupware with customizable culture and social intelligence.

Quoting Director of Communications Emaline Friedman from one of their past salons:

“Neighbourhoods is a framework for online communities who want more control over their group culture.”

Why is Neighbourhoods being built?

Neighbourhoods came out of a weekly discussion series of Holochain and P2P ecosystem members as a response to the extractive practices of social media apps in web2. Inspired by trust networks and inclusive economies which develop out of informal micro networks, they are providing social data for its own sake — a valuable community asset.

There is a growing awareness, even among older generations and non-technical users that something went wrong with the social media giants. Whether it’s data extraction or information manipulation, the black box of their algorithms create more separation than connection. Neighbourhoods' solution? Their “Community Activation Wizard” lets a group decide what goes into the box, determining how information is processed and privileged. These “generic tools for specific cultures” can help you go from group chat to DAO, incubating group experimentation and evolution.

Social intelligence is an important but sometimes overlooked tool set in the P2P community. Open source social media projects can be hesitant to determine users’ feed content or suggest that they implement methods of rating and assessment, and rightly so. Neither devs, non-profits, nor corporations should have control of how our social networks function. Neighbourhhoods is solving this problem by putting the power to make those decisions back in the hands of communities while giving other developers and projects ready made source code for social sensemaking.

Holochain is a bedrock for P2P hosting and interoperability. But the internet isn’t interesting because we can link computers together, it’s interesting because of what people do with that network. Thus, Neighbourhoods developed out of deep care for the Holochain ecosystem, laying the first bricks on top of Holochain’s foundation. As a key piece of architecture for a P2P social web, Neighbourhoods is focused on creating a user-friendly experience that preserves the good parts of social media like discoverability and feed ordering. They see these as key affordances for adoption and want to give the control of those capacities back to the broader community.

On a technical level, Neighbourhoods needed an ultra-scalable distributed ledger which could maintain the dynamism of web2. Hard forks break the continuity of social media and create challenging network effects, so the ease of updating on Holochain allows for a much more fluid experience. Individual users do not all need to run the same version of an app (as long as the integrity remains constant), so updates and forks can happen asynchronously, all while agents securely interact in the same neighborhood. This capability emphasizes agent-centricity and allows for complex, overlapping community dynamics.

Holochain’s trust but verify model for data integrity, and the agent/group duality is also uniquely suited to Neighbourhoods’ social ontology, as well as their commitment to data protection and persistence.

Holochain for Neighbourhoods really comes down to flexibility. Holochain’s uniform data formatting allows for easy translation of reputation metrics between social spaces as well as enabling incredible data portability, both within and between groups. Similarly, Holochain’s graphing DHT and unique linking method make resource location efficient in a distributed system. Neighbourhoods has found this important for bridging across contexts as well as for adding external links.

Their experience developing on Holochain?

Holochain developers are a tightknit group. Many of the devs working on Neighbourhoods also work on other Holochain projects or Holochain’s core components. This means that they have a deep knowledge of the software and ecosystem which is essential for building on new technology. The downside however is a limited pool of developers which is why developer education is so important for bringing new people into the community. Neighborhoods has been hiring consistently in support of their upcoming alpha release and we expect other projects will be doing the same soon.

There is also a lot of resource sharing and support across the ecosystem. Lightning Rod Labs’ We provides a great framework for groupware which Neighbourhoods is integrating as a sort of ‘lobby’ for its social intelligence kit. In turn, applets can be shared across We and Neighbourhoods with minimal changes, enabling developers’ experimentation and driving innovation across the Holochain ecosystem. Similarly, Holochain’s core tools like the Tryorama testing framework have been key for preparing Neighbourhoods for beta and has positioned them to take advantage of the Beta-RC release later this month.

As a team, Neighbourhoods is at that goldilocks scale where every member is able to give input on any aspect of the design, creating a participatory environment. They have done a lot of work to maintain this in their working practices externally as well, running workshops and salons with early adopters to get community feedback as part of a participatory design process. When building a tool that allows for so much customization, it’s important to ensure that groups working through the Community Activation Wizard have a clear understanding of what their choices affect, and so carefully communicating this information is a design challenge that requires (and creates the opportunity for) community input.

They have also been using the hApp Acorn for their project management needs. We love to see this!

With Holochain’s beta release candidate dropping, Neighbourhoods is sprinting towards a lot of new milestones. In early 2023 they will release the Neighbourhoods Tool Kit 0.0.1 which includes early versions of new features, including the sensemaker-lite, sensemaker-lite dashboard, community activation wizard, and some sample applets for rating and ordering resources in social contexts. This will enable community organizers to configure a neighbourhood by specifying resource types, social data dimensions, computation methods, and contexts where these emerge. Developers will be able to see Neighbourhoods’ work on Github and use their specifications for building applets that work well with the social sensemaker.

In the meantime, if you're interested in supporting the team, the best thing to do right now is sign up for their Substack and follow them on Twitter. You can also join their Discord, check out their past demos and salons, or take a look at the codebase on GitHub. And of course, you can go to their website where they have more information on their ERC-20 token $NHT. 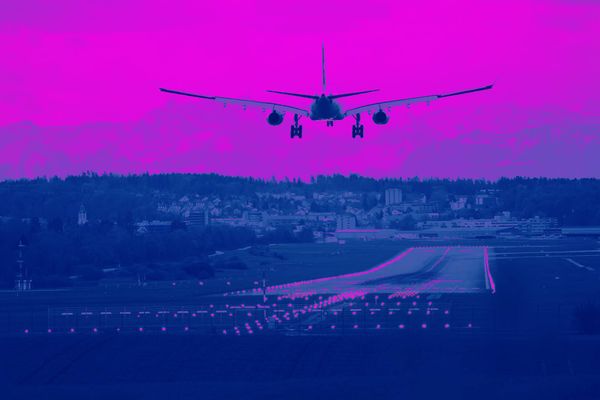